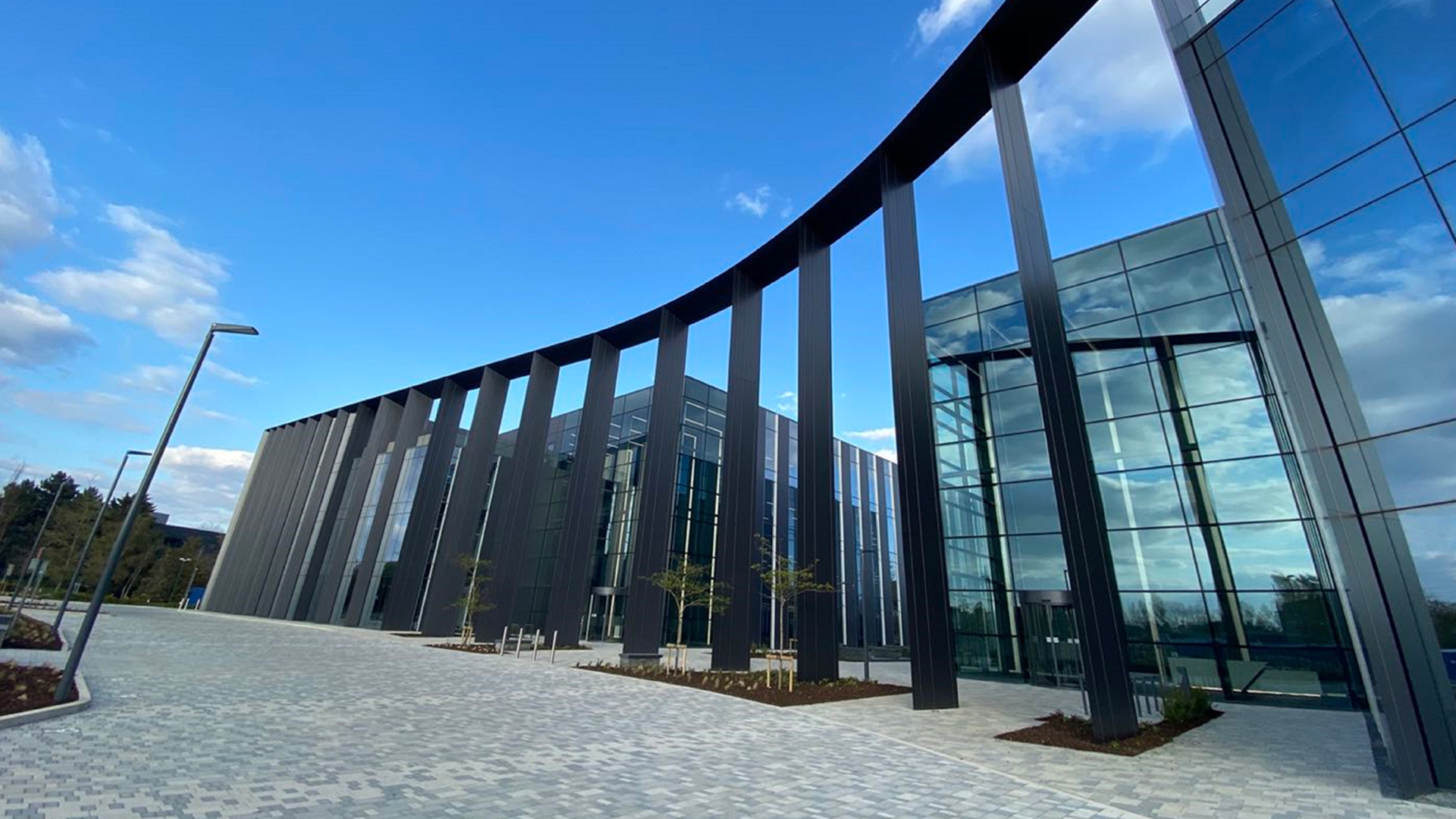 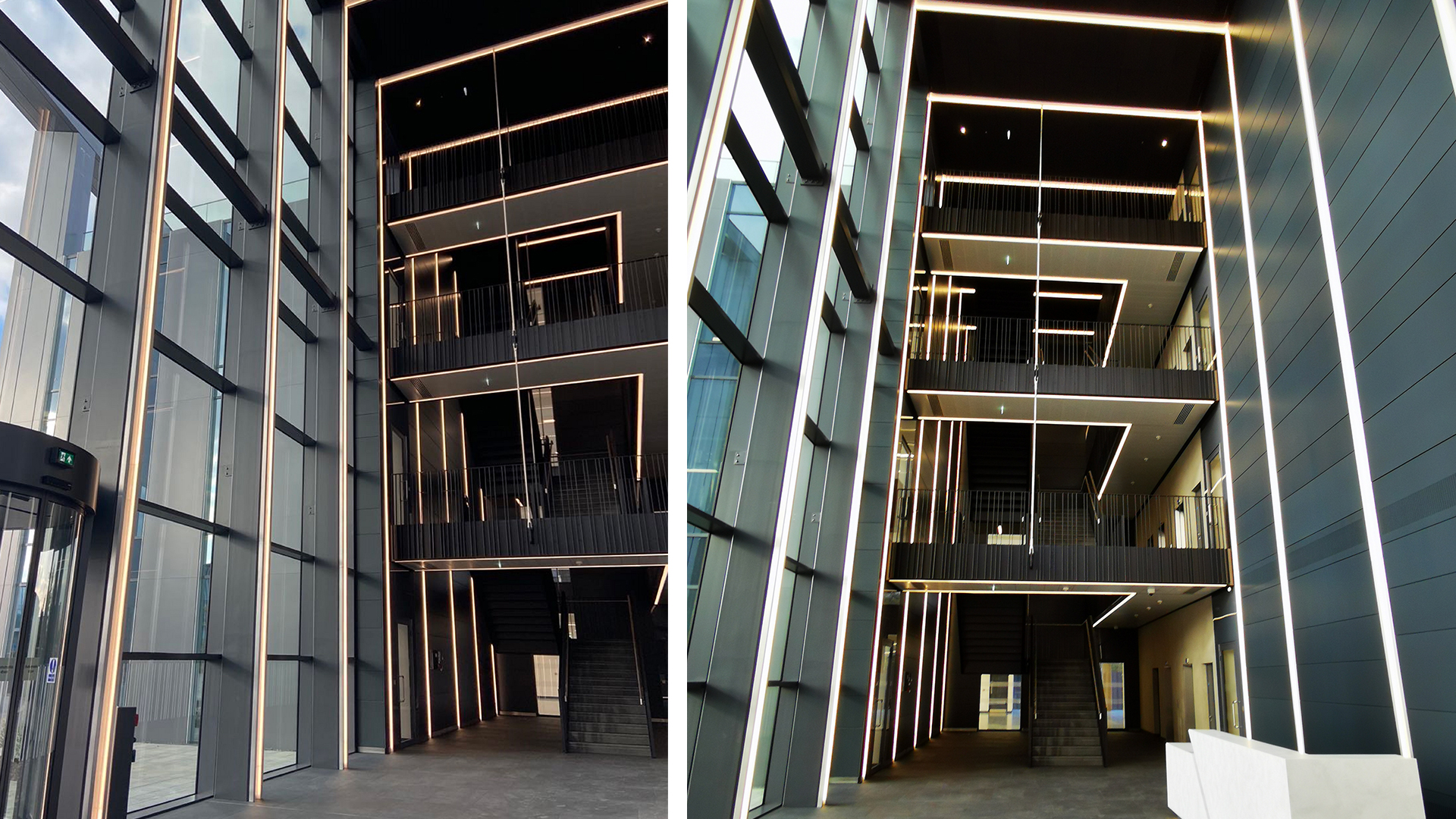 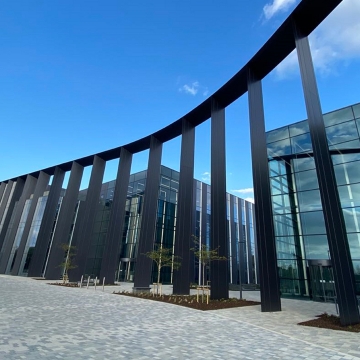 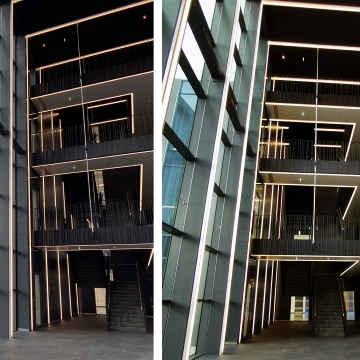 Enjoying a prominent position at the entrance to the Park, and offering over 200,000 sq. ft. of “Cat A” office and R&D space, Buildings I & II are the last two buildings to be constructed for TusPark as part of their investment in the Cambridge Science Park.

The project consisted of providing lighting controls for the two buildings including the toilets, atrium and the multi-storey car park. The concept for the offices was for a DALI fully addressable system which included open-plan offices with presence detection and daylight harvesting. The toilets required presence detection to ensure energy saving, whilst the atrium required full lighting control that could be manually controlled. Finally, the car park needed a fully monitored system including an emergency test and monitoring system.

With lighting playing such a major role in the offices, CP Electronics’ RAPID system was installed to allow for scene-setting, which ensures that each area provides the desired level of illumination. The open-plan office spaces benefited from daylight harvesting, a key benefit of the RAPID system, which saves the maximum amount of energy by reducing the light output gradually in lighter areas near windows and increasing in darker areas, thus retaining comfort levels for occupants.

The lighting needs of the atrium were slightly different to those of the offices as full manual control and the ability to set light levels was required. The RAPID system was ideal for the atrium as a fully addressable and networkable system, with a simple graphical user interface that allows switching between scenes via an easy-to-use control panel. With the installation of presence detectors in the atrium linked to RAPID scene-setting plates at the reception desk, the user can easily control the level of lighting output.

RAPID can be configured to control rooms and areas with lighting control modules networked together from an area controller on each floor.  An entire multi-floor building network can be created with the area controllers on each floor linked together with a backbone network cable. The perimeter spotlights on all floors are included in a global group which includes the front and rear atriums so any active PIR in the building holds these areas on a 5-minute delay. Should a fire alarm be triggered, a special alarm interface will bring all of the lights on at 100%.

The key feature requirement for the lighting in the toilets was to ensure energy wastage is kept to a minimum. For this, presence detectors were fitted with a 20-minute timeout. This was easily incorporated into the RAPID system.

With the challenge of one system meeting the requirements of multiple environments the RAPID system could once again meet the client’s needs by offering testing and monitoring of emergency luminaires using DALI EMPRO, integrated with the front-end PC software meaning that the multi-storey car park now has a fully monitored system. For extra safety external lighting and exit points have both day and night control via photocell located on the roof, where manual on/off control via retractable switches are located.

The flexibility of CP Electronics’ RAPID system has ensured the desired level of illumination throughout the facility, coupled with simple operation for users. RAPID also offers full future-proofing as it can be reconfigured to changing requirements throughout the building’s lifecycle.